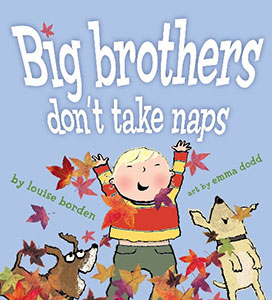 Nicholas looks up to his big brother, James. James does all kinds of things that only older brothers can do—like write his name, read books, cross the street, and ride the school bus. But there’s one thing James doesn’t do: take a nap. Because big brothers don’t take naps. James assures Nicholas that someday he’ll be able to do all the things James does. And when the brothers begin to share a very special secret, it looks like that special day may be approaching very soon….